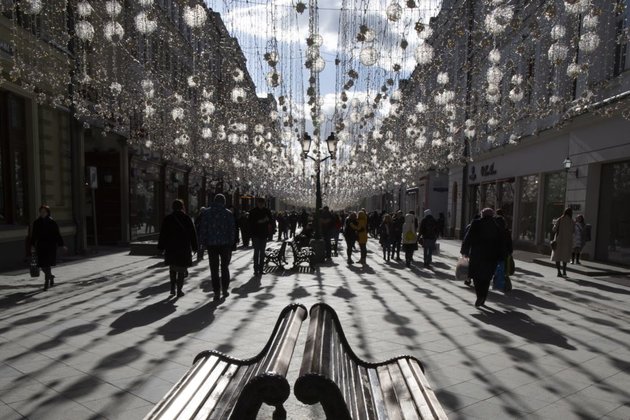 MOSCOW – It was late Saturday evening in Moscow and almost 24 hours since the news that special counsel Robert Mueller submitted his long-awaited report to the U.S. attorney general had reached Russia’s capital. But both the Kremlin and the country’s Foreign Ministry were quiet.

While no details of the inquiry were made public, a single commentary by an unnamed Justice Department official could be viewed in Moscow as a preliminary victory: Mueller and his team, investigating alleged collusion between Russia and President Donald Trump’s 2016 campaign, did not recommend any further indictments.

Russian officials for months have been denying any interference in the U.S. elections, despite dozens of charges brought by Mueller and his team against 25 Russian nationals, mostly military officers and trolls, for their role in alleged meddling in the 2016 presidential campaign.

The people VOA interviewed on the streets of Moscow seemed uninterested in Mueller himself and the line of work he does.

And a few, who were familiar with the inquiry he had led, stood firmly by their government, denying Moscow’s interference in the U.S. elections or any other malign activity abroad.

‘We didn’t need any such interference and it never happened,’ said one unnamed Moscovite to VOA. ‘Russia didn’t have either desire or resources to influence the will of the American people,’ echoed another.

Independent experts are not surprised by such reaction by fellow countrymen.

‘The majority will tell you that you have to deny everything by default. We are in the state of information war, and it’s the right tactics,’ said Denis Volkov from Levada Center, a Russian independent polling organization.

Volkov has been studying public opinion in Russia for more than 10 years. He said that typically, at the beginning of surveys, Russians avoid answering questions about Moscow’s malevolent behavior abroad by just saying ‘it could have been anyone.’

WATCH: Interference in Elections? The View From Moscow

The researcher said that with such responses people almost subconsciously repeat the ever-changing interpretation of Russia’s involvement abroad by state-controlled TV.

‘It’s just like we [Russians] were rejecting the idea of Russian troops being in Crimea until Putin said, ‘Yes, those were our soldiers.’ But previously, he denied it,’ Volkov said.

Experts believe many Russians also tend to accept the government’s interpretation of global events because of sociohistoric grudges stemming from lost glory.

The ongoing conflict between Moscow and the West doesn’t help, either.

‘I’d say it’s almost some kind of envy toward a country that is No. 1. Because just recently, there was a parity and 30 years ago it all ended,’ Volkov said.

The head of the Russian International Affairs Council, Andrey Kortunov, disagrees with Volkov. By siding with the government on issues like this, Russians simply seek affirmation of their new place in the world today.

‘I think for an average Russian it’s a mechanism of attracting American attention. Russia means something and you cannot write it off. You cannot call it Upper Volta with missiles, or a gas station that pretends to be a country,’ Kortunov said.

But studies show that Russians are not the only people who accept the mainstream position for ultimate truth.

In a series of coordinated surveys conducted by the Chicago Council on Global Affairs and the Levada Center in Moscow, sociologists asked Americans and Russians a variety of questions on foreign policy. The results somewhat surprised them.

‘It amused me quite a bit. The answers were mirror images of each other. The Russians said: ‘It’s not us, it’s them who interferes in our affairs.’ The exact opposite was true for the U.S.,’ Volkov said.