Emperor Akihito steps down, first abdication in Japan in 200 years

Emperor Akihito steps down, first abdication in Japan in 200 years 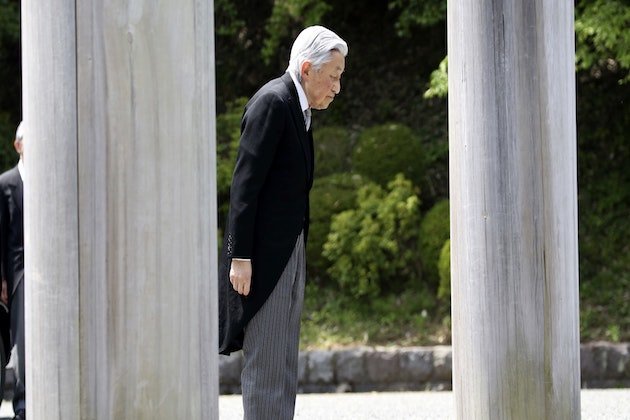 TOKYO, Japan – Japanese Emperor Akihito has abdicated the throne in a ceremony held at the Imperial Palace in Tokyo on Tuesday.

It was the first abdication in Japan in two hundred years.

Akihito handed over power and expressed his appreciation to the Japanese public for their support during his 30-year reign.

“I am deeply grateful for the people that accepted me as a symbol and supported me,” he said.

“I sincerely wish, together with the empress, that the Reiwa era which begins tomorrow will be a stable and fruitful one. I pray, with all my heart, for peace and happiness for all the people in Japan and around the world.”

The 85-year-old, who had surgery for prostate cancer in 2003 and had a heart bypass operation in 2012 came to the view he was getting to the point where he was having difficulty in carrying out his duties, which are largely symbolic, but nonetheless taxing. His declining health and advancing age wconsidered and ultimately approved.

Akihito’s oldest son Crown Prince Naruhito will now ascend the throne, ushering in a new era to be caled Reiwa (order and harmony).

Akihito made a name for himself and was deeply regarded by the Japanese people because of his compassion and dedication to the causes of the suffering.

“While keeping in our hearts the path that the emperor has walked, we will make utmost efforts to create a bright future for a proud Japan that is full of peace and hope,” Prime Minister Abe said at the ceremony.