It costs $74,570 a year to go to Stanford—but here’s how much students actually pay

It costs $74,570 a year to go to Stanford—but here’s how much students actually pay 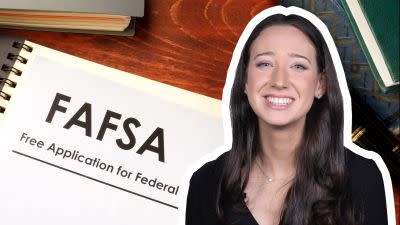 Today, the cost of earning a college degree can seem out of reach for many Americans. Over the past several decades, college tuition prices have skyrocketed .

Overall, the reported tuition at private non-profit four-year schools was an average $35,830 during the 2018-2019 school year. But once grants and scholarships are factored in, the average net price of tuition and fees at these schools is closer $14,610 .

This complex cost structure holds true at some of the most prestigious schools in the U.S., including schools like Stanford University. The so-called “West Coast Ivy League” college estimates that it costs about $74,570 a year for an undergraduate student to attend, but many students end up paying significantly less.

The school also estimates that students can expect to pay about $1,905, books and supplies that cost about $1,245 and personal expenses of about $2,130. Even without considering travel expenses, these costs add up to an estimated total cost of about $74,570 each year.

Over four years, a Stanford education would theoretically cost $298,280 but many students do not end up paying nearly this much.

Stanford uses an institutional formula to calculate how much a given family is expected to contribute toward educational costs that takes income, living expenses, medical expenses and education expenditures for other family members (like siblings) into consideration.

The average scholarship and grant total for students from families in this income bracket is $74,095 per year, bringing the average net cost to $4,638 per year.

Even 44% of students from families that make over $245,000 receive some kind of aid at Stanford. The school claims that the average scholarship and grant total for a student from this bracket is $18,926 per year, bringing the average net cost down to $54,383.

According to The New York Times , the median family income of a student from Stanford is $167,500 and Stanford reports that 92% students from families with this level of income received an average scholarship amount of $36,464, which brings their estimated net cost to about $36,856 per year.

The New York Times also reports that 66% of Stanford students come from the highest-earning 20% of American households, and about 157% come from families in the top 1% of American wealth distribution.