After release of Mueller report, Kellyanne Conway predicts second Trump term: ‘The central premise here was collusion and there isn’t any’

by WORLDNEWS
in SPOTLIGHTS, 资讯NEWS
0

After release of Mueller report, Kellyanne Conway predicts second Trump term: ‘The central premise here was collusion and there isn’t any’ 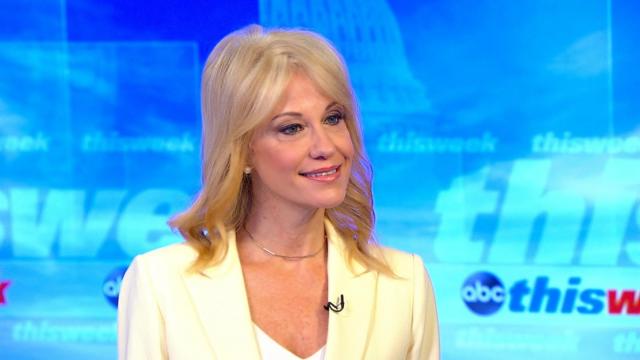 Just days after the release of the highly anticipated Mueller report, one of President Donald Trump’s top advisers, Kellyanne Conway, reiterated Sunday the administration’s take on its conclusions — that the investigation found Trump committed no crime or obstruction of justice.

“The job of a prosecutor is to gather evidence and decide whether to indict or to decline to indict. They declined to indict,” the White House counselor said on “This Week.” “The president is not going to jail.”

Conway even predicted another term for the president.

“He’s staying in the White House for five and a half more years. Why? Because … they found no crime, no conspiracy. That was the central premise,” she added.

“So you think this [report] totally exonerates him … from obstruction of justice?” co-anchor Martha Raddatz asked Conway.

“Yes, and the word exoneration was unnecessary in the Mueller report and I would say inappropriate,” she responded. “You either prosecute or you don’t. You either bring an indictment or your don’t.” 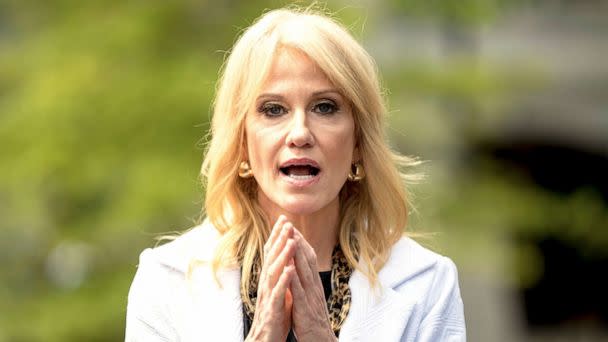 On Thursday, members of Congress and the public were finally able to read the report from special counsel Robert Mueller on Russian interference in the 2016 presidential election. The report, parts of which were redacted, laid out the “sweeping and systematic fashion” with which the Russian government meddled in the election with the goal of electing Trump.

While the report detailed multiple points of contact between members of the Trump campaign and members of the Russian government — or those claiming to be — Mueller concluded these instances didn’t amount to a criminal conspiracy or coordination with the Russians.

“But at the heart of this investigation was Russia’s role in the 2016 election,” Raddatz said. “You were campaign chair, do you accept that Russia worked to help elect Donald Trump?”

“I think they tried to sow disinformation, discord in our democracy, and we should never allow that from any foreign government – foreign actor. They were also unsuccessful,” Conway said, adding the WikiLeaks contacted her, but she didn’t respond. “Donald Trump won. We didn’t need WikiLeaks. We had Wisconsin. He won because he was a better candidate with the better message.”

Also in the report, the special counsel outlined 11 possible instances of obstruction of justice, but ultimately did not make a determination on the issue.

“If we had confidence after a thorough investigation of the facts that the President clearly did not commit obstruction of justice, we would so state. Based on the facts and the applicable legal standards, we are unable to reach that judgment,” the report reads. “Accordingly, while this report does not conclude that the President committed a crime, it also does not exonerate him.”

In a March 24 letter, Attorney General William Barr said he, in consultation with Deputy Attorney General Rod Rosenstein, determined that “the evidence developed during the [investigation was] not sufficient to establish that the President committed an obstruction-of-justice offense.”

(MORE: Here’s what we know about: Collusion) 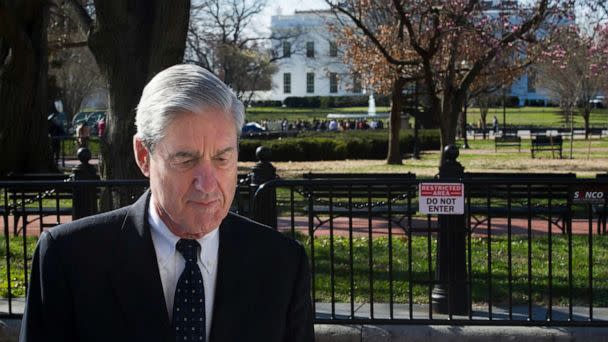 “Not only was obstruction of justice not found, that there was complete compliance [with the special counsel],” Conway said.

However, the report does outline issues the Mueller’s team faced during the investigation. His team stated that some interviewees invoked the Fifth Amendment, some Justice Department guidelines prevented the special counsel from contacting certain witness, witnesses “sometimes provided information that was false or incomplete,” and they were unable to interview “numerous witnesses and subjects” who did not live in the United States.

Most significantly, the report notes that Trump’s written responses to the series of questions Mueller’s team provided were “inadequate.” Mueller’s team wrote that Trump “stated on more than 30 occasions that he “does not ‘recall’ or ‘remember’ or have an “independent recollection’” of information called for by the questions.”

One instance of possible obstruction of justice that’s been a focus of coverage in the days following the report’s release is the allegation that Trump tried to have Mueller dismissed.

According to the report, Trump called former White House counsel Don McGahn at his home twice on June 17, 2017, both times directing McGahn to call Rosenstein, who was overseeing the special counsel investigation because former Attorney General Jeff Sessions recused himself, to tell him that Mueller “had conflicts that precluded him from” overseeing the investigation.

McGahn told the special counsel that Trump said to him, “Mueller has to go,” and “Call me back when you do it.”

When Trump was asked in August if he had considered dismissing Mueller, he told reporters he hadn’t “given it any thought.”

“I’m not dismissing anybody,” he added.

The report also notes that seven other members of his administration, including former FBI Director James Comey and Deputy Attorney General Rod Rosenstein, and one outside adviser — former campaign manager Corey Lewandowski — didn’t carry out presidential orders related to influencing the Russia investigation.

“The President’s efforts to influence the investigation were mostly unsuccessful,” the Mueller report says. “But that is largely because the persons who surrounded the President declined to carry out orders or accede to his requests.” 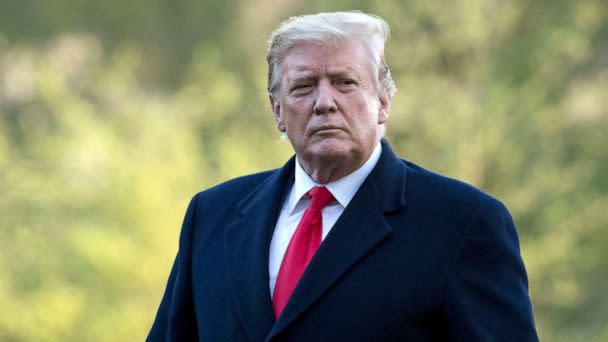 (MORE: Here’s what we know about obstruction of justice)

“Do you believe Don McGahn when he says the president tried to get him to fire Bob Mueller?” Raddatz repeatedly asked Conway on “This Week.”

Conway said Trump “was frustrated” about the probe and added that the president never discussed firing Mueller with her.

Raddatz pressed, “But do you believe Don McGahn?”

“I believe that Don McGahn is an honorable attorney who stayed on the job 18 months after this alleged incident took place and that, if he were being asked to obstruct justice or violate the Constitution or commit a crime – help to commit a crime by the president of the United States, he wouldn’t have stayed. I certainly wouldn’t stay,” she answered.

In the days following the report’s release, the president has railed against the probe, Democrats and the media, all while asserting it concluded there was “No Collusion, No Obstruction!”

On “This Week,” Conway said Trump “deserves an apology from millions of people in this country,” including members of the media and Democrats.

“Day after day, graphic after graphic, chyron after chyron, panel after panel, story after story, [they] were leading the public to believe that there was collusion, there was criminal conspiracy.”

“People will look back at this week as another reason he got re-elected, mark my words,” she said.